Hypnotherapy is a type of mind-body intervention in which hypnosis is used to create a state of focused attention and increased suggestibility in the treatment of a medical or psychological disorder or concern.

Resolution to the problem in 1 to 5 meetings

The results are visible already after the first meeting. Depending on the needs and the specific features of the client's personality 1 to 5 consultations are required to resolve the problem.

Checking the result in real conditions

Upon completion of the work you immediately go to the situation where you felt uncomfortable before. If you had a fear of dating – go get acquainted, if there was fear of the subway - go to the subway, etc.

The problem goes away in full and forever

Since in hypnotherapy we work with the root of the problem, not with the symptom (the visible part). After working through the problem goes away forever! 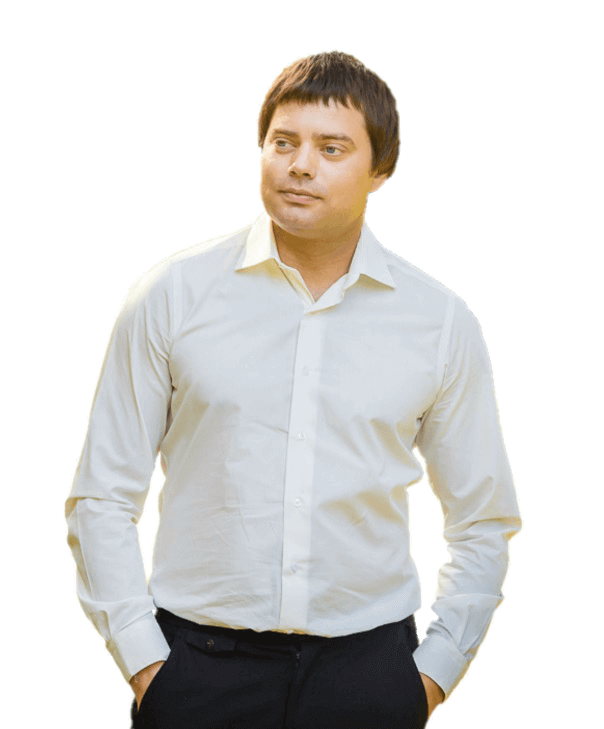 It is important for me my clients to get good results with me. Thus, the approach to each person is individual and the specific nature of work with each client is always different. Indeed, much is achieved through a careful approach to each individual client's problem.

HOW DO I WORK?

Returning to the initial event (the crux of the matter) is only part of the work in resolving the problem in this approach. Getting rid of the emotional component we kind of “diffuse the bomb” that is run by triggers to which our sense organs react unconsciously causing symptoms and our behavior.

The next step is to change the deep beliefs of the client, obtained in any kind of traumatic situation and anchored by reaffirmation in every way of life.

We go through event after event where we correct the blueprint thinking replacing wrong and destructive beliefs with adaptive perception of reality, thereby changing the patterns of thinking and behavior.

HOW DO THE CHANGES OCCUR?

Dealing with hypnosis we reach client’s unconscious since that’s where all our beliefs, inculcation and learning are laid. On that basis, every individual’s worldview is formed subsequently. The way we view the world makes our attitude to particular things and events. The same event can be perceived by different people in completely different way. By consequence, person’s behavior and self-perception will also be different in this situation. Therefore, if a person has some destructive beliefs like “I can’t do anything”, “I don’t succeed in anything”, “I’m no good to anyone”, they form the basis of his worldview, thereby distorting his perception of reality and restricting his behavior.

Generally, destructive beliefs take root amid very negative emotions that was substantiated in a single case and generalizing it to the whole life experience. I. P. Pavlov described this phenomenon as a response mechanism. When in a similar situation a person get programmed which in turn causes earlier emotions. Although there may be no apparent (perceived) reasons.

Changing beliefs of a person you change his worldview and perception of himself as a whole, which in turn leads to a new adaptive behavior.

By contacting Hypnosis and Hypnotherapy Center

After just a few meetings you'll be completely rid of disturbing behavior. And you'll become confident in any situation.

You will stop (subconsciously) avoiding situations terrified you before. And then nothing will stop you in your life's journey.

You will stop diffusing your energy on wrestling with yourself and feel full of strength and energy immediately.

You will feel a significant change in your emotional condition after the first meetings.

More often than not, causes of psychological challenges are not obvious and cannot make logical sense. Quite the opposite – they are hidden within the unconscious, in the memory of past events, upsets and disappointments.

Dealing with hypnosis, it becomes possible to find exactly those traumatic events in memory that are the heart of the problem, to relive them and to change your attitude towards them with help of a hypnotherapist. 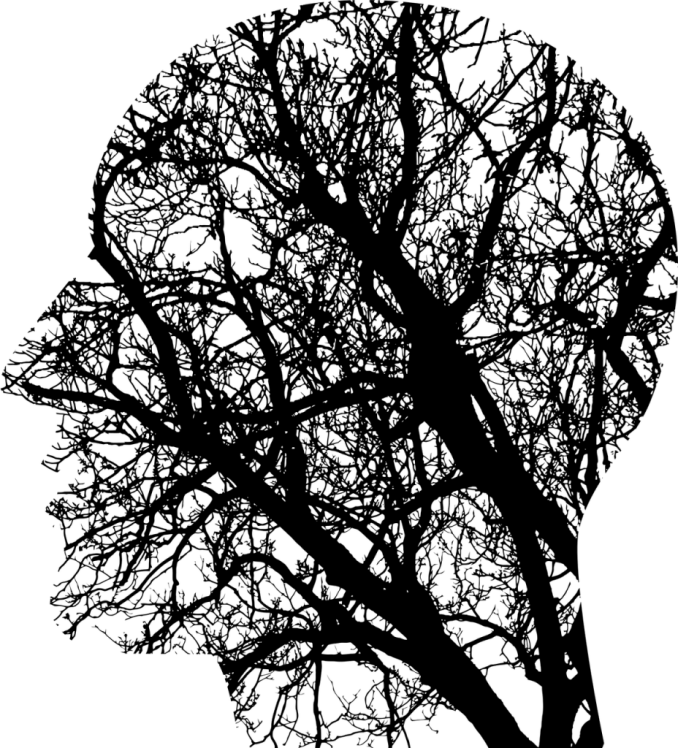 Hypnosis is also used to

You should not seek for counseling in case of:

SING UP FOR DIAGNOSING

If it’s not possible to have to a face-to-face meeting, we can do it via Skype remotely

The client is fully liable for the technical readiness for a session via Skype:

›REVIEW OF HYPNOTHERAPY SESSIONS ON SKYPE

Work with children and adolescents

Conditions for working with children:

Starting from the age of 6, a child may need help of a hypnotherapist in dealing with childhood fears, stuttering, enuresis, and all that worries parents and the child. Also you may need to have some separate meetings with parents of the child to solve the problem.

›REVIEW OF WORK WITH CHILDREN’S ENURESIS 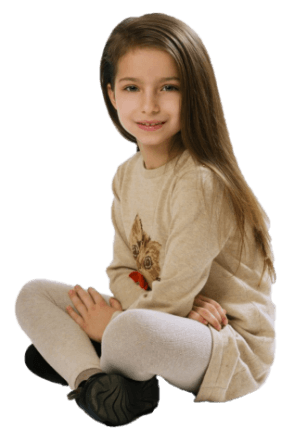 Reception conditions and the cost

We work on a 100% prepayment basis. Making the advance payment, you confirm your intention to be at the meeting at a scheduled time.

The rescheduling of the meeting time is possible, but no later than one day before. If a client is late for e meeting or does not come the meeting is considered to have been held.

You need to get a good night’s sleep before our meeting. Don’t drink coffee, tea, or energy drinks. Don’t drink alcohol 2 days before the session. Clothing should be comfortable, not restricting movement. Makeup should be minimal (preferably without it at all), without eye makeup.

Reviews of those who applied to the Hypnosis and Hypnotherapy Center

All reviews of hypnosis sessions are posted exclusively with the permission of the participants. By default, full records are confidential and cannot be disclosed. 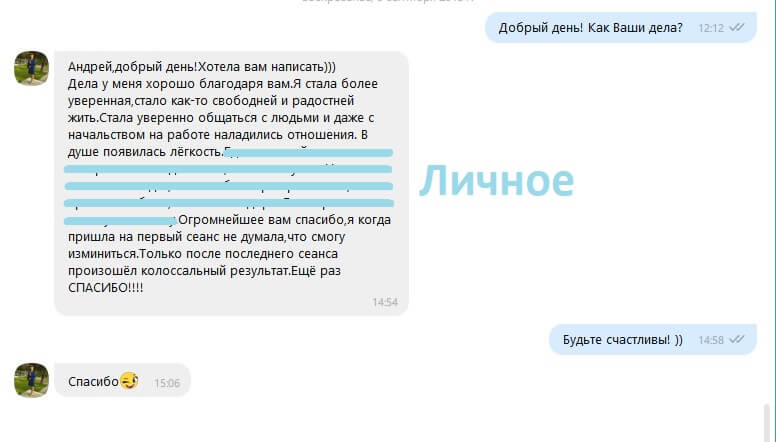 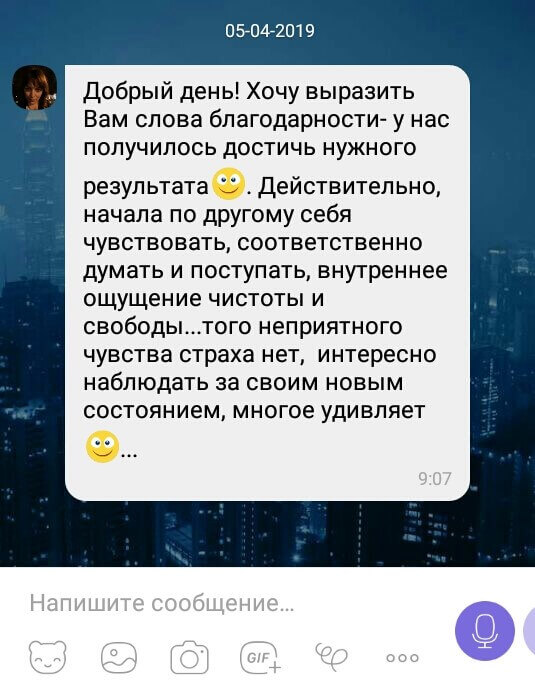 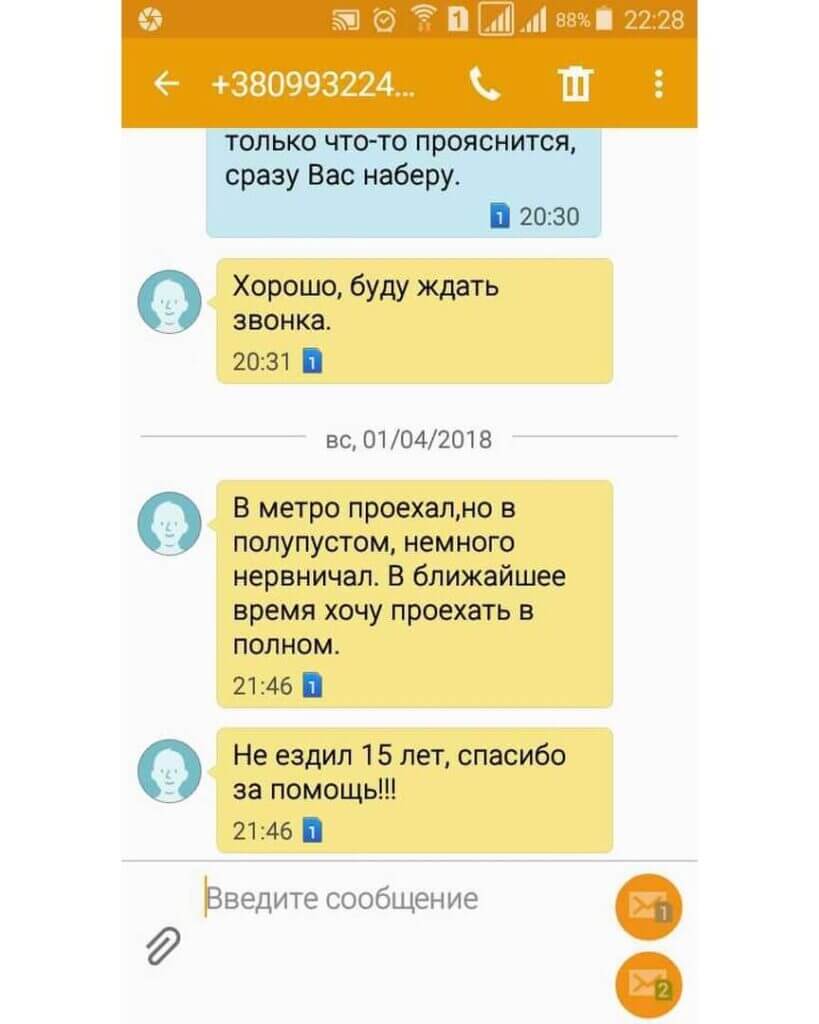 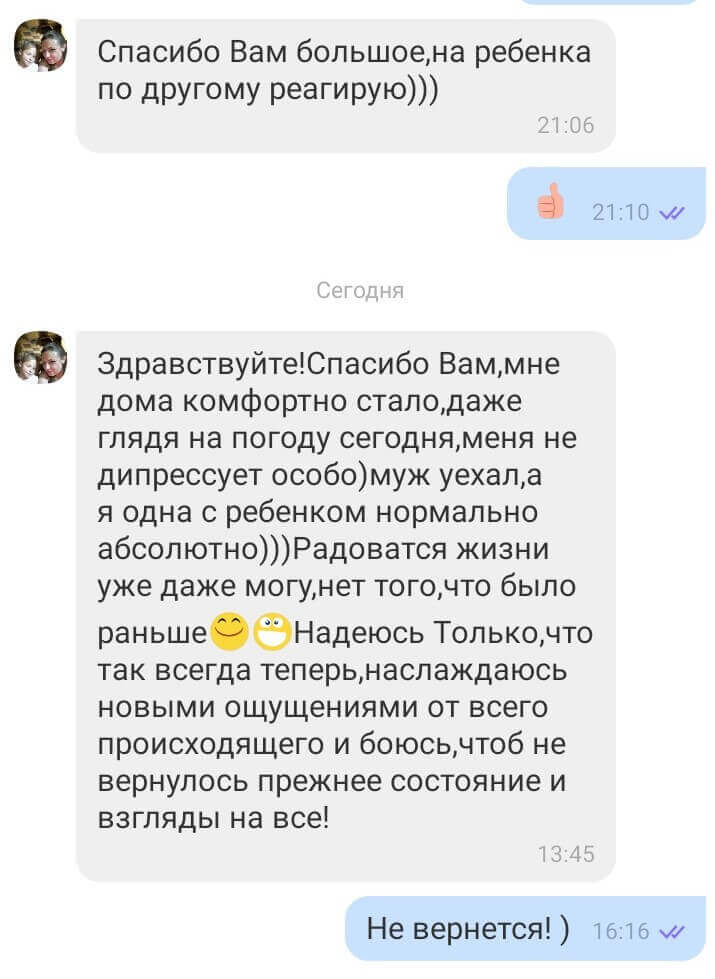 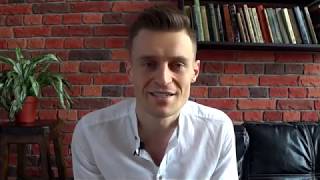 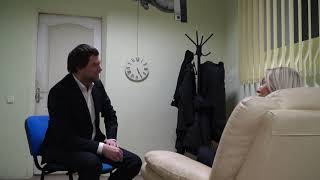 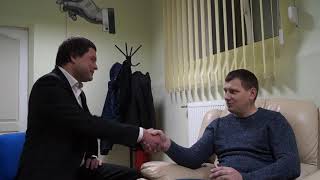 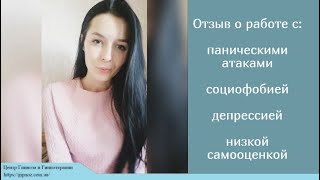 IS THERE ANY POSSIBILITY THAT I WILL NOT WAKE OUT FROM HYPNOSIS STATE?

The ability to plunge into hypnotic states is a feature of healthy psyche. The trance-like state is natural for a human. Ernest Rossi claims that trance occurs every 90 minutes. As well as sleep it is necessary for restructuring of brain activity. You can come out of the hypnosis state at any time you want.

WILL THE HYPNOTIST BEND MY WILL?

Even in a hypnosis state it is impossible to instill a person anything that contradicts his morals or moral norms. A person absorbs things he considers acceptable.

There have been no confirmed case in the history that someone didn’t wake out from the hypnosis or that hypnosis was harmful to someone.

WHAT IF I BECOME A VERY SUGGESTIBLE LOT?

No one’s getting more suggestible or less suggestible. On the contrary, you will begin to understand the suggestions better and thus you will be able to control the effects of other people on you.

My practice is based on a scientific approach. Helping a person to reset his psychological clamps and relax as much as possible. External factors don’t distract from your own feelings and emotions anymore, the consciousness becomes acute. Due to this, a person reaches a high-concentration state being deep relaxed.

WILL I FALL ASLEEP AND NEVER REMEMBER?

Being in a hypnosis state you will understand what is happening during all the session time. You will talk to me, describe your feelings and express your emotions. We will not be able to do the necessary work if you are out. After come out of the hypnotic state, you will remember everything, down to the smallest detail.

I WON’T GET WEIRD?

You will begin to distinguish your desires from the desires imposed by society, friends, and relatives. And it is quite possible someone will find it strange that you don’t want to be an electrician anymore, but wanna be a cook or a businessman. It may seem strange to someone that you have stopped getting drunk on holidays and acting stupid and funny. Seems odd you are not a clown anymore. It’s odd you have changed your jobs. It’s weird that you have got a new car. Strange that your family dynamic got better. It’s weird to see you have quit smoking and began to take care of yourself, went to the gym. You have started to adjust your life by yourself and do what you want to do, not someone else. And this might really seem strange for someone.

WILL THE HYPNOTIST KNOW ABOUT MY FEARS AND WEAKNESSES?

Yes. And it is better to get rid of them once and for all, than to hide them from those around you for all your life.

I HAVE SOME QUESTIONS, HOW CAN I ASK THEM?

You can ask your question in any convenient way

Reception is carried out at: